Visit to the trial fields of Inagro

HomeVisit to the trial fields of Inagro 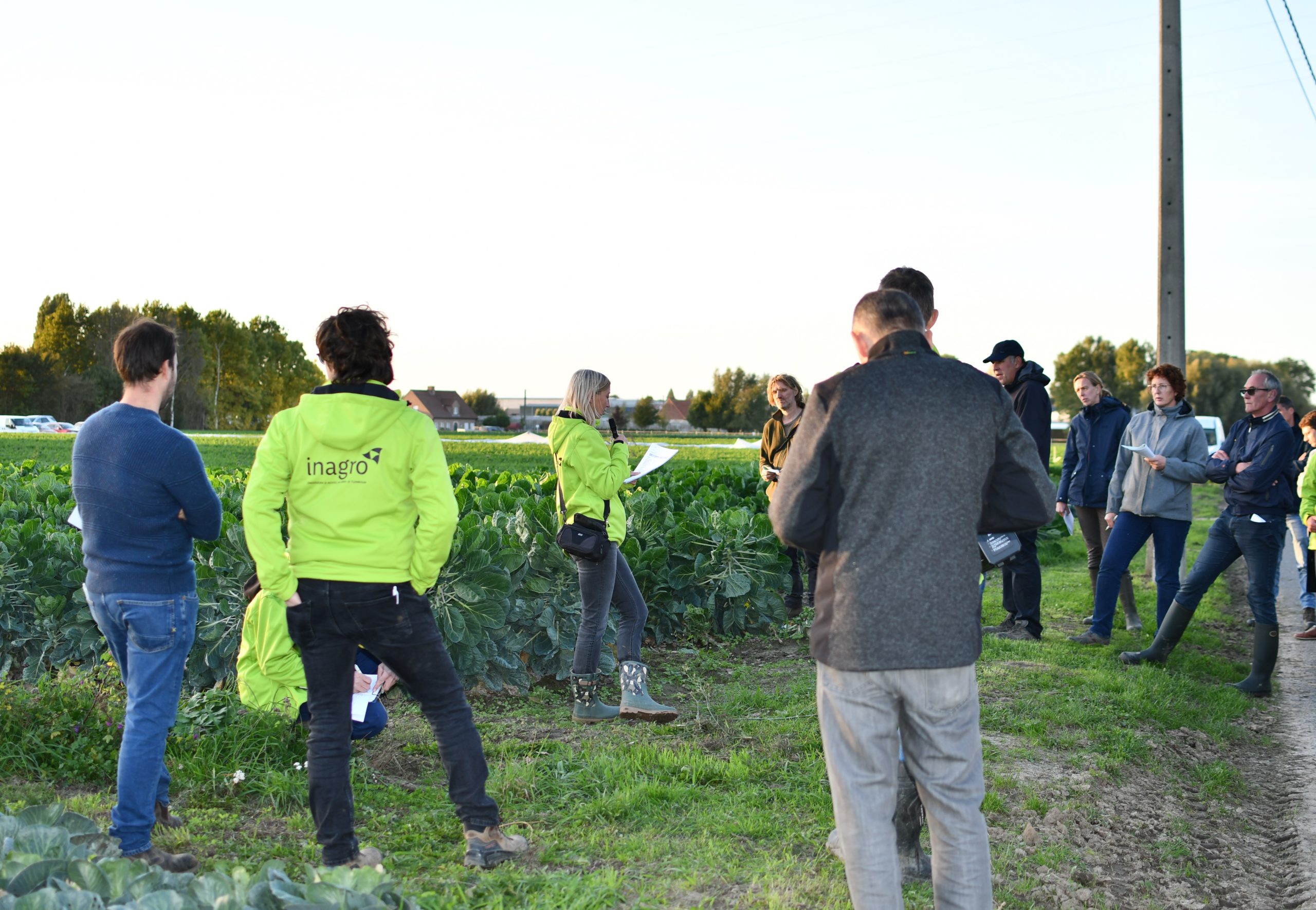 This past 6th of October, Inagro (Flanders, Belgium) organized a visit to the fields where its organic trial farm is located.

The program included a discussion of the past growing season and a tour of the field trials. It concluded with a networking event in the farm shed. Thirty people were welcomed during the visit, including a large number of organic farmers but advisers and people from various agricultural supply companies also participated.

The main focus of the visit was largely on themes of soil management and irrigation and a presentation about the SoildiverAgro project and the progress of case study 7 was also given.

The attendees could have a look at the four different cover crop mixtures of which the impact on soil biodiversity and the following main crops is being tested in the multi-year trial. It was already the third time that the mixes were sown (this year after the red beet harvest).

In addition, trials on organic crop protection in several vegetable crops as well as some variety trials were also discussed. 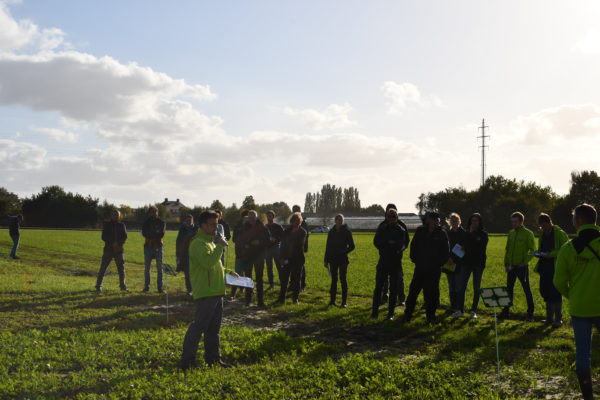 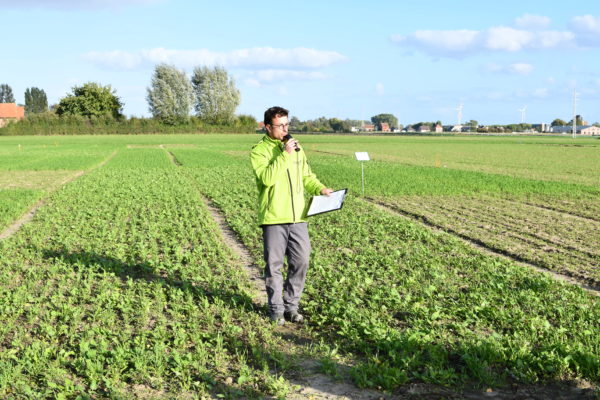