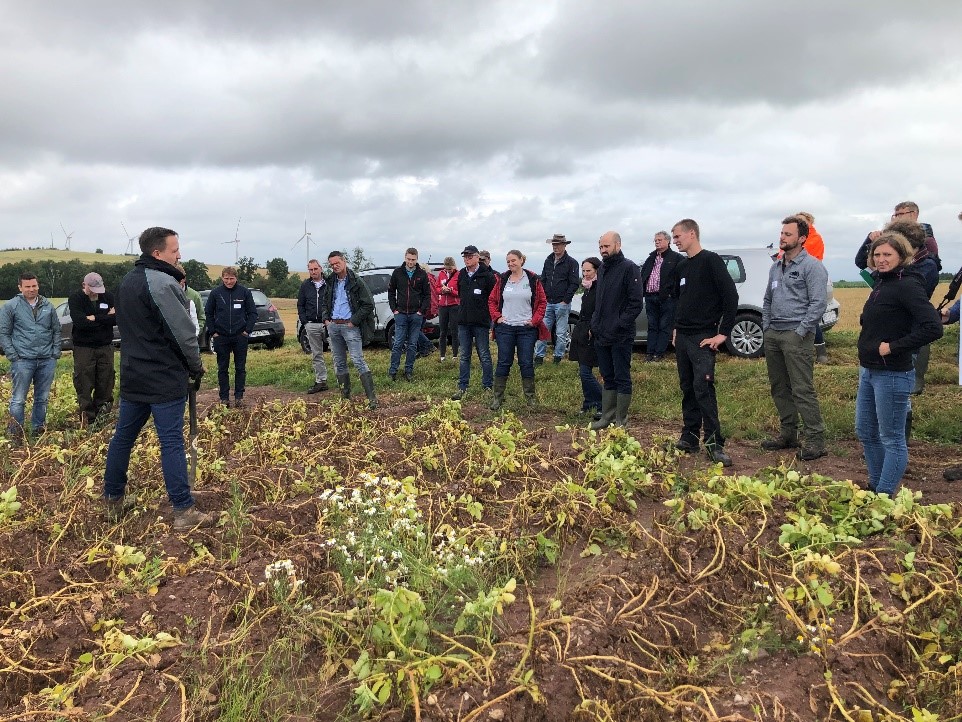 38 participants mainly formed by farmers, journalists and consultants attended the field day hosted by the conventional farmer who conducts the main parts of CS 10 and 11 and organised by the German SoildiverAgro partners FAR and TI.

The event was separated into a first part with oral presentations and a second part with an excursion to the experimental plots of Biocontrol of soil-borne phytopathogenic fungi by fungivorous soil fauna communities in potato cropping systems and Plant diversity is tested to promote soil intrinsic self-regulating processes and to enhance fungivorous soil fauna communities in wheat-cropping systems. 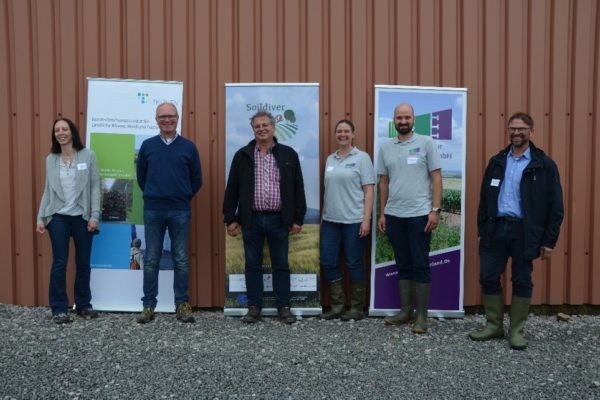 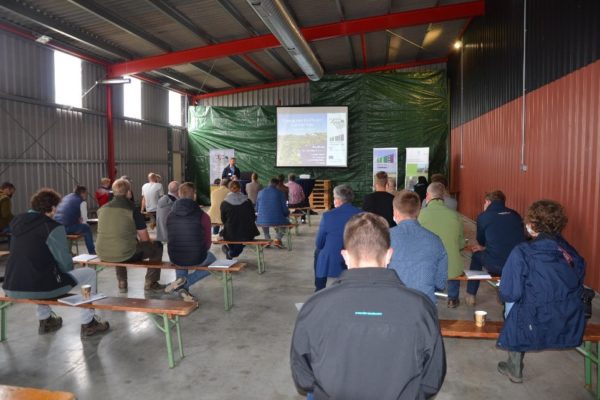 Part 2 was chaired by David-Alexander Bind (FAR) in the field. All treatments of both CS 10 and 11 were presented. Manfred Hurtz (farmer) explained his contribution to CS 10 and 11. Marco Petersen (Deutsche Saatveredelung AG, DSV) presented an overview on new and innovative techniques for undersown crops. A lively discussion developed with farmers, consultants and journalists directly in the field.

The extreme rainfall event in summer 2021, followed by heavy flooding and erosion, destroyed large areas of arable land in that region (Nideggen 13th of July: 37.2 l/m² and 14th of July: 81.2 l/m²). CS 10 was also severely affected by this event. This disaster affected many local farmers and was, therefore, an important subject of discussion for all participants. 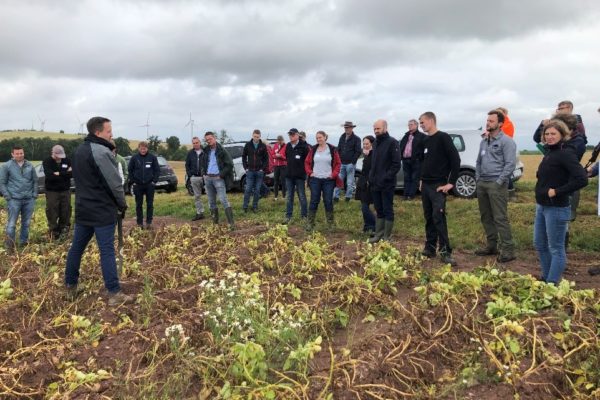 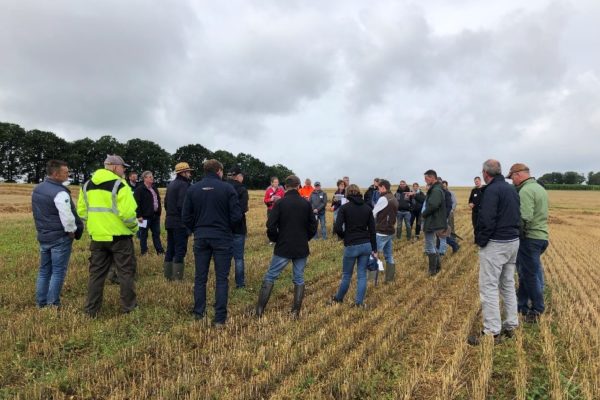 Back at the farm building, all participants used the opportunity to obtain more information from posters and at information booths by FAR, TI and DSV. Everyone enjoyed the buffet and continued with lively discussions and in-depth networking.