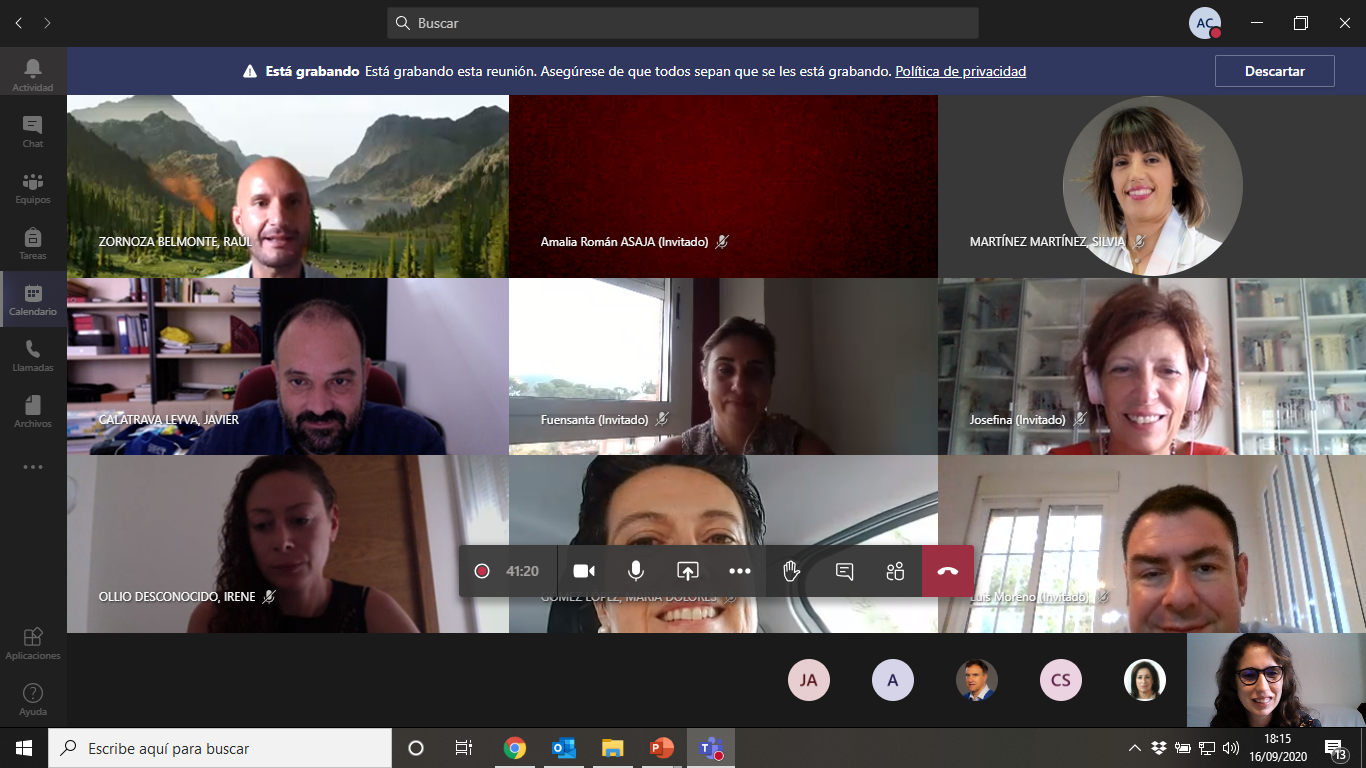 The 29th September an informative session will be hold by SoildiverAgro partners UPCT and ASAJA focused on sustainable agriculture and addressed to all stakeholders and people interested on soil biodiversity and sustainable agriculture. This interaction with local stakeholders forms part of a multiactor approach set up from the beginning of the project, that looks for the interaction of key stakeholders and integrate these interactions during all project lifetime. During this session, all results achieved during the first year of the project will be shown, like the outcomes of a general bibliographic study in which it has been established how crop diversification, tillage system and fertilizer type can affect microbial abundance in soils. The ebook edition “Interactions between agricultural management and soil biodiversity: an overview of current knowledge”, launched in the upcoming weeks, will be also presented.

Finally, the experimental design of two case studies will be presented. These two cases studies are implemented in the Region of Murcia, they are based on a stakeholder’s participative process and they`ll result in solutions for the cultivation of wheat and vegetables by the management of soil biodiversity, searching to find the relationship between soil biological groups, crop production and quality. An enthusiastic and motivated discussion it’s expected, about the practices and bioproducts to be tested and what stakeholders think about this.

The session will be hold online due to the Coronavirus crisis tomorrow 29th September at 18 hours through Teams platform: https://cutt.ly/mfG4cyo

Stakeholders from this pedoclimatic area, one of the 6 set as field of study on the SoildiverAgro project, celebrated before two discussion groups about new management practices related to potatoes and wheat crops. During these two events celebrated last 15th and 16th of September, respectively, more than 16 farmers and other stakeholders from the agri-food and research sectors participated in a discussion group on new and more sustainable agricultural management practices. These days held within the framework of the European project SoildiverAgro were open to the participation of farmers, researchers, agronomic technicians in companies, agro-industry, manufacturers, NGOs, public administration, suppliers, logistics, retailers and consumer associations.

The objective of these discussion meetings was to identify the main agronomic problems faced by the various European farming systems and the related needs of end-users in the Mediterranean South region of the EU, as well as to identify suitable and effective farming practices to meet such needs, highlighting the importance of soil biodiversity.

After a short introduction of the overall project, conducted by the regional coordinator Raúl Zornoza, the most relevant results from the surveys conducted to stakeholders and end-users, were presented by Alicia Morugán, researcher in SoildiverAgro, and Javier Calatrava, task 2.2 coordinator. Participants in the meeting were asked whether they agreed with the surveys’ results in terms of the identified problems and end-users’ needs, the effectiveness of farming practices to help improve agricultural production in the area and the potential for their implementation.

During the discussion group on potato production, participants in the meeting were explained that the most several agronomical problems in potato production identified in the survey are the loss of organic matter and soil biodiversity, followed by soil compaction, results that were fully supported by them. Regarding the most suitable and effective farming practices identified in the survey, the participants agreed with the need to reduce tillage intensity, add solid organic matter and diversify crop productions, but some of them highlighted the complexity of implementing these practices without expert technical advice. On the other hand, some attendees showed their discrepancies with the suitability of green manure application on potato orchards.

Moving to wheat production, the main agronomic problems identified in the survey, loss of the organic matter, soil compaction and soil erosion, were confirmed by participants in the second discussion group. The discussion focused particularly on the importance of soil erosion in wheat production in this region. The farming practices suggested by survey results, minimum tillage, addition of organic matter, soil vegetation covers and crop rotations, were fully supported by the participants. One of the farmers participants, explained that these could optimally be complemented by soil conservation structures, such as terraces ditches and ponds to prevent soil erosion. The survey also put forward the “lack of farmers’ knowledge” and “lack of tradition” as the major reasons for the limited adoption of sustainable soil management practices in wheat production in the study area. Farm size was also pointed out by some participants as a barrier for the implementation of some effective farming practices, such as crop diversification. The dynamic discussion ran in more than 2 hours and the organizers thanked the participants for their positive response and their commitment to participate in further multi-actor meetings of the project.

Previous activities with stakeholders on other regions

Finland, Belgium, and two regions in Spain (Galicia and Murcia) hosted previous sessions with stakeholders where sustainable agriculture practices were discussed. The objective of this actions was to identify the main agronomic problems faced by the various European farming systems and the related needs of end-users. Estonia and Germany will celebrate their own discussion groups on November.